The trades show’s organizing company has already developed a targeted and comprehensive marketing plan for the promotion of ARTOZA 2023.

As part of the widespread and substantial promotion of ARTOZA 2023, FORUM SA will invest more than € 250,000. The fact that the organizers, despite the great success of the exhibition all these years, do not rest, but do all possible actions and marketing moves to further increase the traffic and commercial effectiveness of the exhibition, showcase the great dynamic of the trade show.

The marketing plan includes nationwide television and radio coverage, digital marketing, barcode invitations and printing ads. More specifically, 43% of the budget will be spent on 2-weeks TV spots on all Nationwide stations, 17% on 20-day spots on the 14 most popular radio stations in Attica region but also in the 2 most popular radio stations in Thessaloniki. At the same time, a significant 8% of the marketing budget will be spent on advertisements in the b2b press and Sunday newspapers, while 14% on 60,000 registered barcode invitations that will be sent to key executives. Finally, realizing the huge potential of the internet, 18% of the total budget will be invested in digital marketing and specific in google, Facebook, Instagram, email marketing, YouTube campaigns that will last at least 4 months. It is worth noting that in the context of further internationalization of the exhibition there will be an increase in targeted actions in  markets abroad, aiming to maximize the promotion of the trade show at an international level. 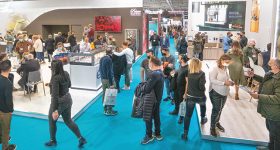 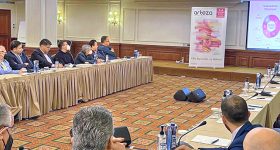 150 hosted buyers are expected at the exhibition 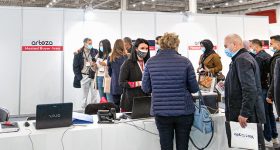